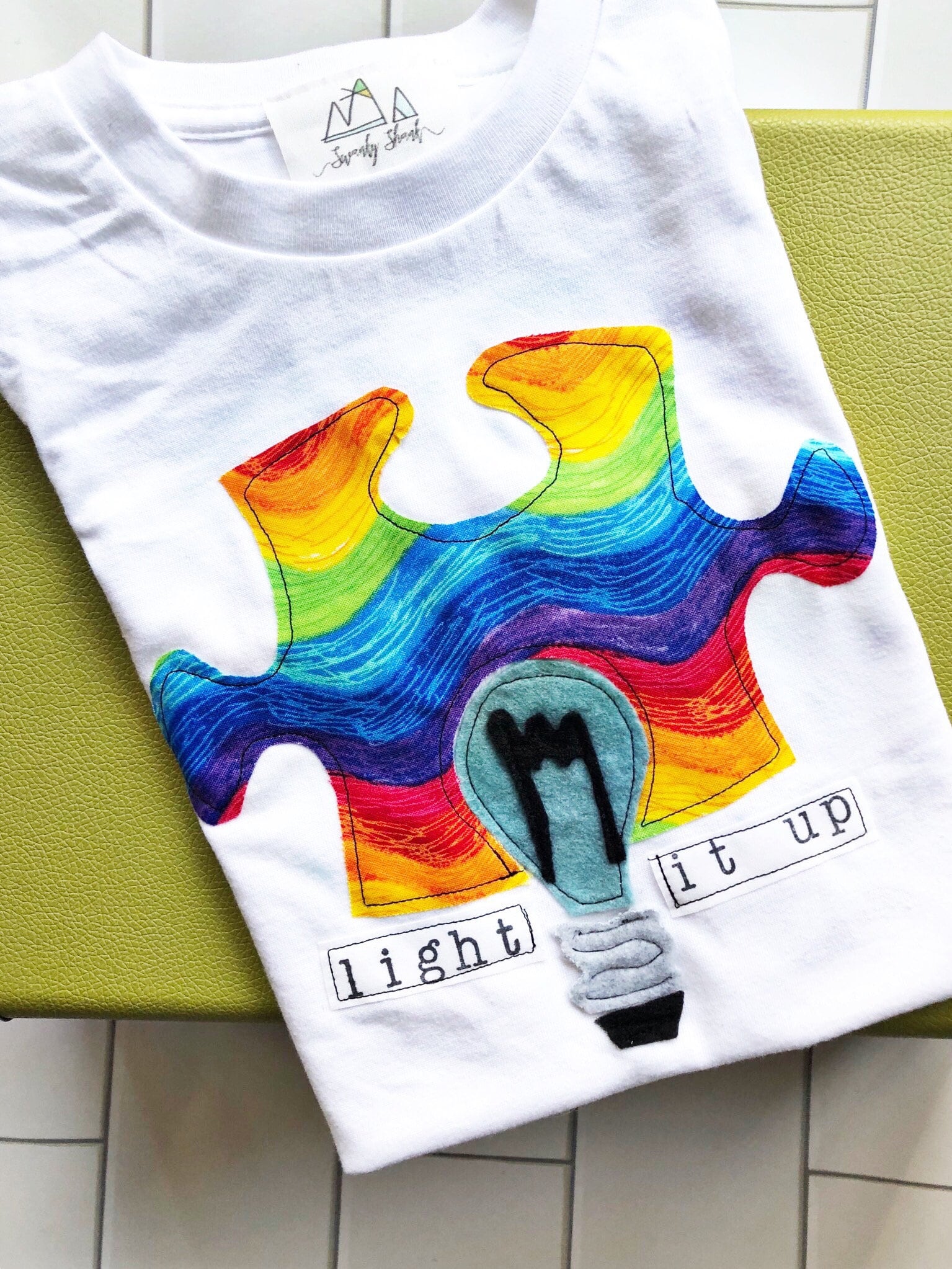 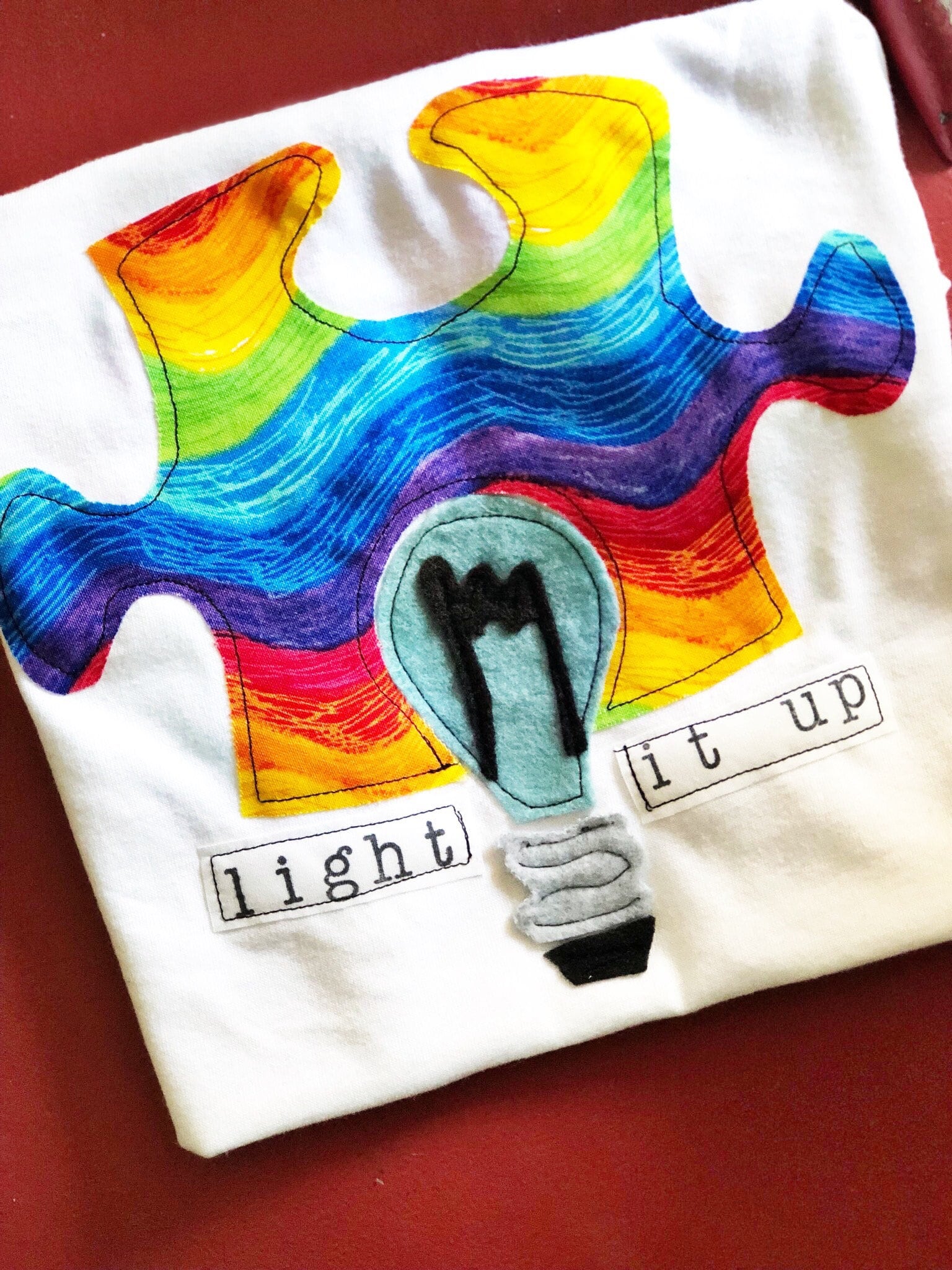 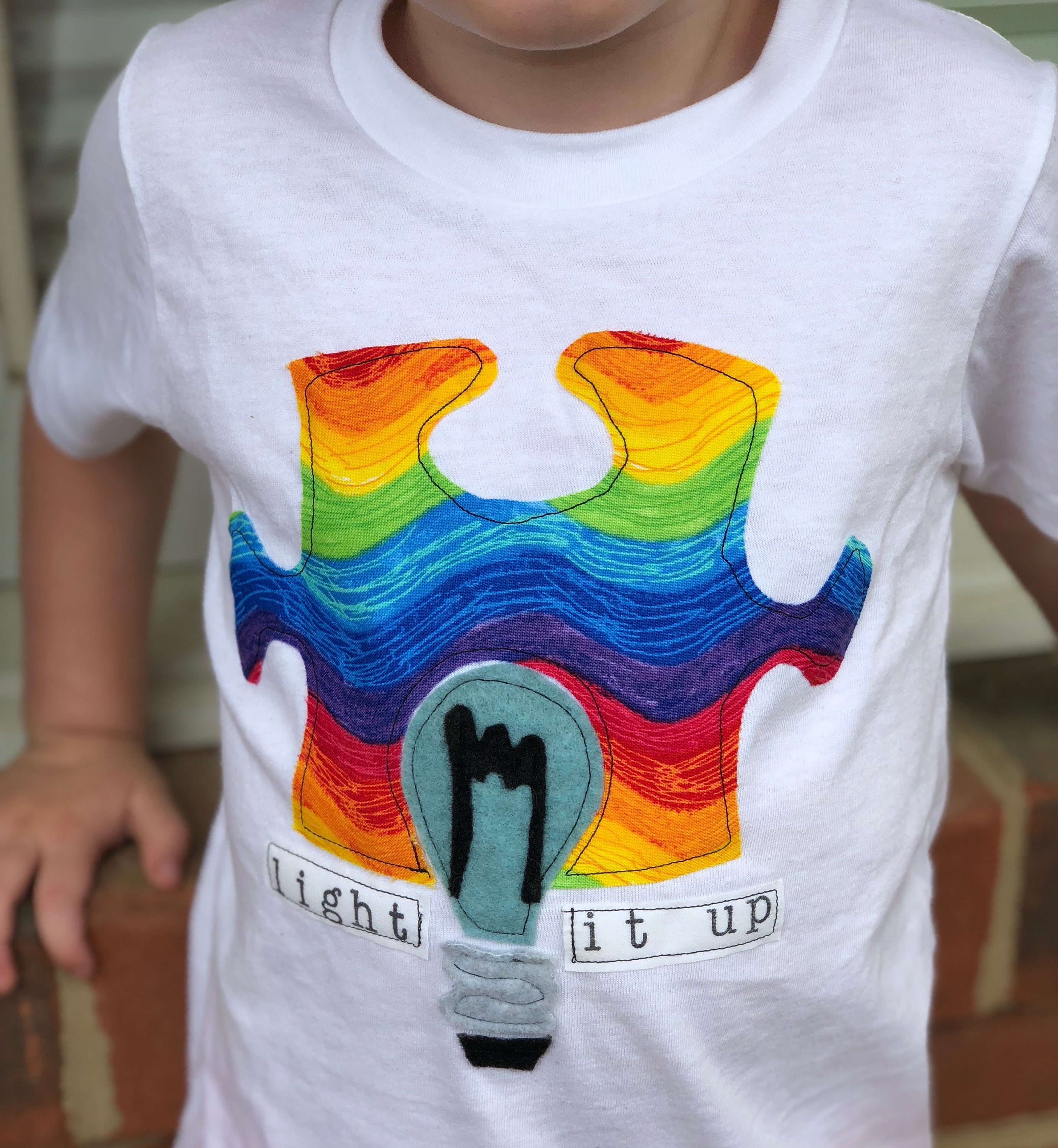 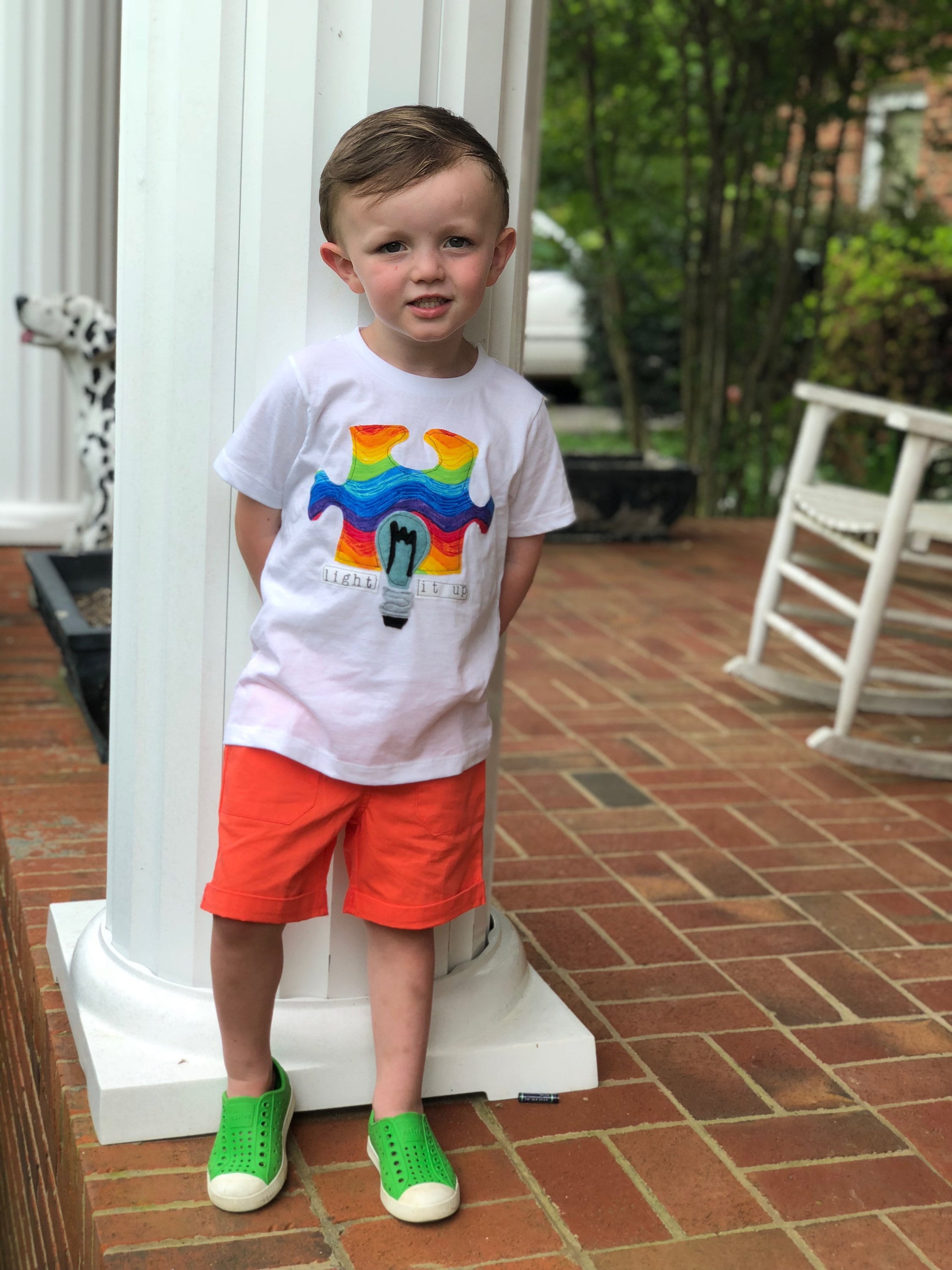 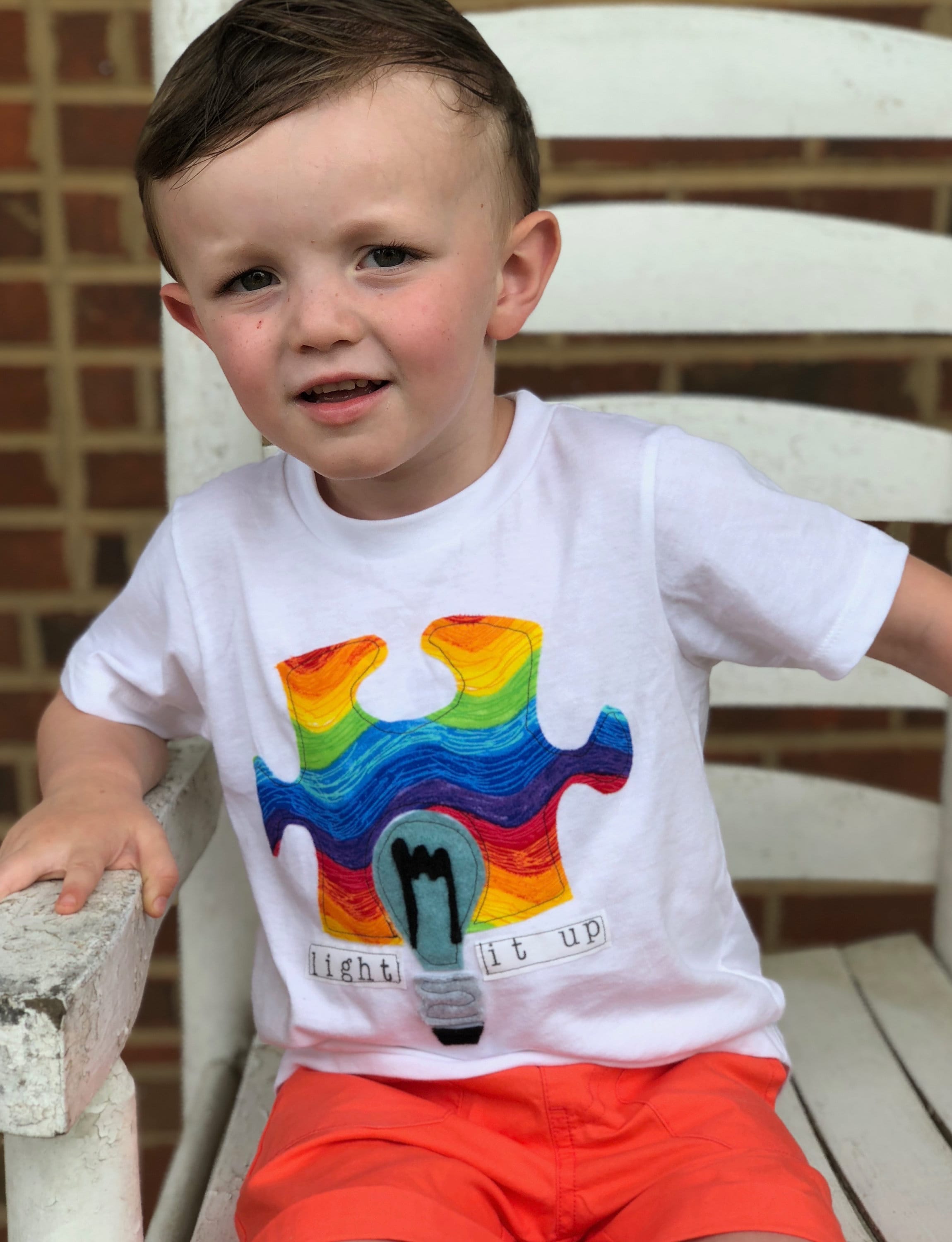 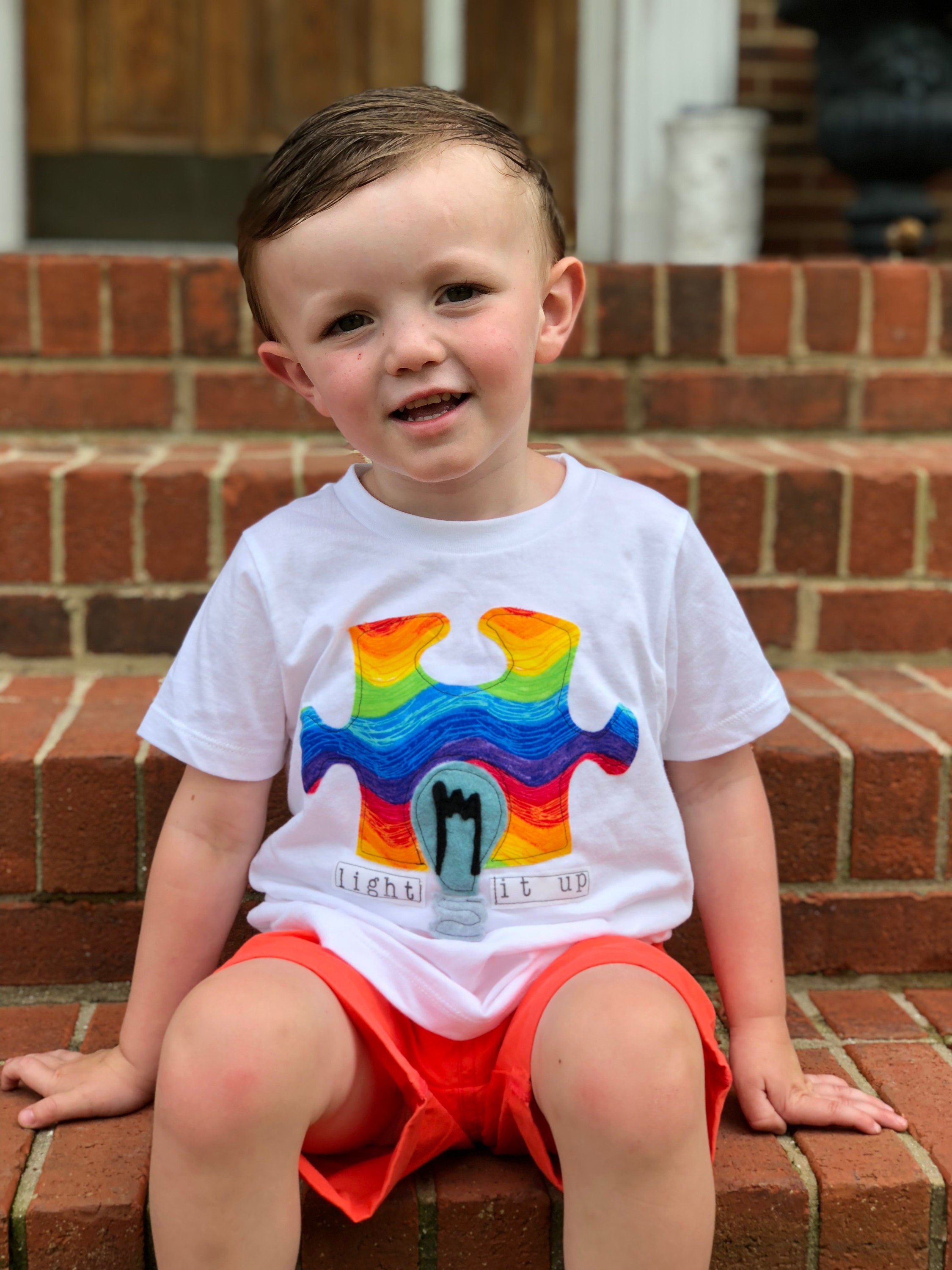 Autism Awareness is so darn important. We knew we had to join in on this very important discussion. This tee is modeled by Club Swank's very own member, Casen. We are so proud to have Casen in Club Swank, as well as his sweet Mommy Ashley, who took these adorable photos.

"One of the scariest things about this disorder is that it's one of the fastest growing developmental disorders in the United States and now affects 1 in 68 children. Currently, there is no known cause of autism. Another important thing for everyone to know is that, recently, there have been discussions about referring to a person as "being autistic." It has been decided that, instead, you should refer to the person as someone who is affected by Autism spectrum disorder. This is important because having this disorder is only a part of the person affected by it, not their whole personal identity. So, to call someone "autistic" is to identify them purely based on this disorder. By referring to them as someone who is affected by Autism spectrum disorder instead, it recognizes that as being a part of them, but also makes it clear that they are their own person outside of this disorder.
Brightness of felt does vary as we use recycled felt." -Odyssey (TheOdysseyOnline.com

Careful washing. Sometimes felt pills or bleeds. Not always. But sometimes. We can't be held responsible if you wash and there is damage done. So proceed with caution in regards to washing.

We only accept Paypal. And we really appreciate fast payments! Unfortunately, if payment is not received within 48 hours, we will cancel the sale. The item will be relisted and available for future buyers (including you?!).

If you purchase with an electronic check we can't send the items or create the items out until the check clears. This form of payment usually clears within a week (usually five business days).

We use economy shipping here at Swanky Shank-- that way we can save YOU money. If you would like your item(s) any sooner, please let us know and we will create a reserved listing just for you!

If your items total over $50 I will automatically use priority shipping! Also I will also purchase insurance and delivery confirmation!

1. If you are not happy with your item AND IT IS NOT PERSONALIZED, please let us know via email and not via feedback. I'm fairly certain we can work out a refund or an exchange!

2. If your item is LOST/UNDELIVERABLE unfortunately we are NOT held responsible. Let us know if you want us to purchase insurance on your behalf ahead of time (usually around $2).

3. If the package is returned because of an incorrect address on your PayPal account, you are responsible for the additional shipping charge.

4. All returned items should be returned within one week of receipt. Items must be in original condition, containing no signs of wear, no traces of lotion/tobacco/etc. AND UNWASHED.

RUSH ORDERS: any orders needed ASAP have a 25% price increase. If I don't have any orders ahead of yours, I'll gladly waive this fee. Please convo for more details! :)

0 items in your cart